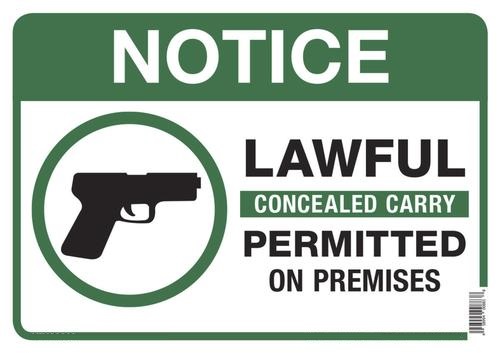 Last month, conservative-leaning publication The College Fix set out to check predictions that crime would increase in states which decriminalized concealed carry on college campuses. The report involved reaching out to “multiple public universities” and law enforcement officials in states such as Georgia, Utah or Kansas where students who meet state criteria for permits are allowed to carry on campus.

According to the report, “all of the schools that responded confirmed that they have seen no uptick in violence since their respective policies were put in place.”

To the extent results are measurable, this is consistent with crime rates (and subsequent media reports) in other states. No crimes were found to be committed by permit-holders across Colorado campuses, for example. No significant incidents were found at the University of Colorado, while crime at Colorado State University dropped. Officials in Texas reported no issues at the one-year and two-year marks, with police at Texas Tech even vocalizing support for campus carry. Officials at West Texas A&M reported a “smooth transition” and officials in Georgia reported the situation was a “non-story.” Officials reported no issues at Arkansas colleges. Contrary to some predictions, campuses with concealed carry policies saw no decline in enrollment, in some cases defying national norms.

Professors writing for the Washington Post announced that “Allowing guns on campus will invite tragedies not end them”. One Ohio professor offered sexist objections that it’s mostly men carrying guns, and men are more violent. A Los Angeles Times op-ed branded campus carry “silly and dangerous.” Other critics say campus carry in Texas “altered the perceived power dynamics between teachers and their students”. The Chronicle of Higher Education alleged sweeping increases in crime.

As is so often the case, their predictions have utterly failed to bear out in reality.