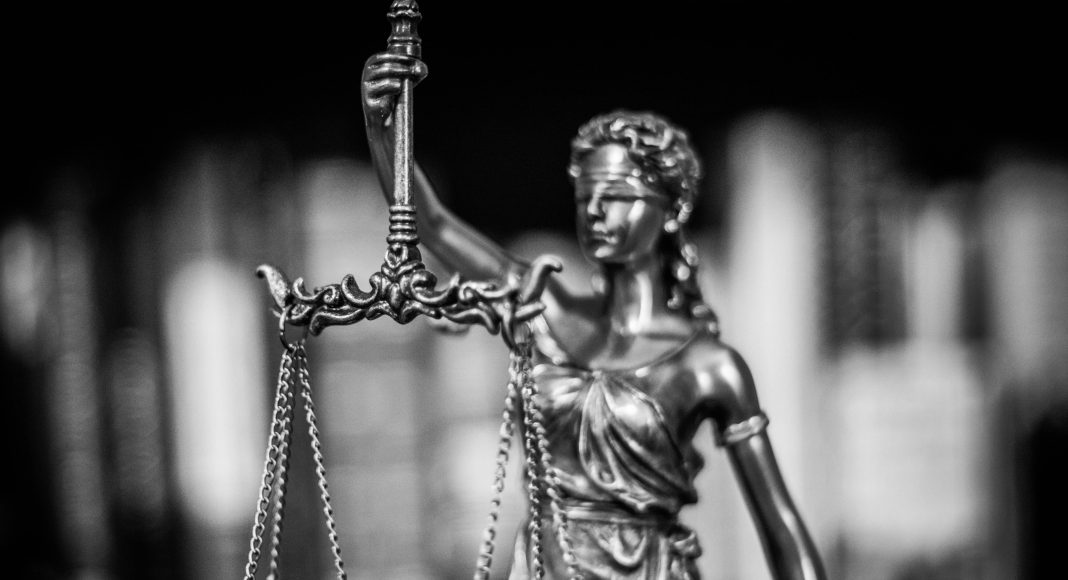 Campus carry has been tested in a multitude of courtrooms over the last decade, including in Colorado, Florida, Georgia, Kentucky, Michigan, Missouri, Ohio, Oregon, Texas, Virginia, and Wyoming.

Many of these cases has featured Students for Concealed Carry, either in front of, or behind the scenes. Outcomes favorable to campus carry were achieved in approximately seven of the 11 cases. The following is a non-exhaustive primer on those cases.

Colorado
After Colorado passed its Concealed Carry Act of 2003, the Colorado University Board of Regents passed their own campus-wide restrictions on concealed carry. The campus partially relied on the advice of then-Attorney General Ken Salazar, who ruled the law didn’t apply to universities. Three students challenged the prohibition in court in 2008. The students lost at the trial level, won at the appellate level, and when the University appealed, the Colorado Supreme Court unanimously ruled in 2012 that the university lacked authority to regulate concealed carry when the legislature had passed a preemptive law of their own. Regents of University of Colorado v. Students of Concealed Carry on Campus, LLC, 271 P.3d 496 (Colo. 2012). The case effectively required public universities in Colorado to permit licensed concealed carry in accordance with state statutes. Colleges largely complied, though in some cases making special accommodations by creating segregated dormitories for armed students.

Florida|
In 2013, a Florida gun rights group won on appeal in a case against the University of North Florida to allow guns to be kept in cars on campus. The appeals court held that under the statute, the trial court wrongly held the university was a “school district”, and that state preemption applied, preventing the campus from independently regulating firearms and allowing guns to be kept in cars on campus. Florida Carry, Inc. v. University of North Florida, 133 So. 3d 966 (Fla. 1st Dist. App. 2013). The same group sued Eastern Florida State University in 2014, winning a quick settlement with the college that involved changing the student code of conduct.

In 2015, the same group sued the University of Florida, arguing students should be able to have firearms in cars and places of dwelling. A Court of Appeals judge held that the college prohibition did not violate state preemption. Florida Carry, Inc. v. University of Florida, 180 So. 3d 137 (Fla. 1st Dist. App. 2015)

The group also sued Florida State University after a game-day prohibition on firearms in cars parked on campus. The day after the lawsuit, USF announced a quick change in the college’s policies to allow guns to be kept in locked cars on campus, although in May 2018, a court sided with the college against the gun rights group. Florida Carry, Inc v. Thrasher, 248 So. 3d 253 (Fla. 1st Dist. App. 2018) Four months after the ruling, Florida Carry filed suit against FSU for not going far enough in their policy change. The case is still pending.

Georgia
Professors in Georgia sought a judicial injunction against the campus carry law signed in 2017, a complaint which a Superior Court judge denied, upholding state sovereignty over campus self-regulation. As of April 2019, the case is pending appeal.

Kentucky
In 2012, Kentucky’s Supreme Court ruled universities must defer to the state legislative intent, including firearms in cars on campus. The suit was filed in 2009 after the University fired an anesthesia technician for having a handgun locked in his car. The firing was upheld at the circuit level, but overturned at the state supreme court. Mitchell v. University of Kentucky, 366 S.W.3d 895 (Ky. 2012)

Michigan
In 2017, a Michigan Court of Appeals ruled 2-1 that the University of Michigan’s gun ban was not preempted by state statute, and did not violate the Second Amendment. The case was brought by a civilian permit holder who feared accidental transgression of the campus gun restriction, and who was denied a waiver by the university. Wade v. University of Michigan, 905 N.W.2d 439 (Mich. App. 2017)

Missouri
In 2015, a University of Missouri law professor filed a lawsuit against the school claiming its bans on concealed carry (or weapons in cars) for employees, or transferring from an automobile trunk to the cab, violated state statutes, and state and federal constitutional provisions by restricting concealed carry.

Then-Attorney General Chris Koster filed a motion in support of the professor. The professor argued he should have the right as a state employee to transfer a firearm to the trunk of his car on campus, and there should be a policy in place to obtain permission for concealed carry. Under a 2014 law, all state regulation on firearms challenged in court were required to be evaluated based on strict scrutiny. The case was filed in state court but removed to federal court by the college under supplemental jurisdiction.

The plaintiff then filed an amended complaint divesting the case of any federal claims and petitioned to remand back to state court. The court granted his request, although taking a dim view of the plaintiff’s attempt to manipulate the forum. Barondes v. Wolfe, 184 F. Supp. 3d 741, 742 (W.D. Mo. 2016.). In September 2018, a judge ruled the case would go forward at a bench trial, and the following month the professor filed to be removed as a party to the suit after an undisclosed, nonmonetary settlement.

The Missouri Attorney General’s Office continued the case as plaintiff, and on November 18, 2019 the appeals court found in favor of the college. In a 31-page opinion, Boone County Circuit Court Judge Jeff Harris held the college rule against campus carry by employees was presumptively valid, satisfied strict scrutiny and could survive. The judge included testimony from campus police and the university president reciting unproven, unfounded claims of alleged inevitably resulting harm. Of note, the Court found that “the right to bear arms does in fact apply to university property” on contradiction to the University’s arguments. As a fundamental right under the Heller decision, the strict scrutiny framework was required for any regulation of it. Strict scrutiny requires that the rule is narrowly-tailored to achieve a compelling interest. Here, the court held that the rule was narrowly-tailored, and the compelling interest was to reduce firearms crime and control student safety.

On February 2, 2021, an appeals court overruled the lower court, finding (after a complicated analysis of, among other things, the word “notwithstanding”) that state workers employed at a public college cannot be prevented from storing firearms in locked cars while parked on campus.

Ohio
In 2019, Students for Concealed Carry Foundation (SCCF) reached a settlement with Ohio State University to allow firearms to be stored in cars on campus, after an adjunct faculty filed a lawsuit contending the university policy did not comport with Ohio law. The settlement was reached after a Marion county judge sided with SCCF against the college’s motion to dismiss, which claimed students and staff waived their rights by signing contracts with the university.

Oregon
Later in 2011, a three-judge panel on Oregon’s Court of Appeals ruled that state statute preempted Oregon’s public university system’s attempts to prohibit concealed carry on campus. The lawsuit was filed by the Oregon Firearms Education Foundation after a student at West Oregon University was suspended for possessing a lawful concealed handgun. Oregon Firearms Education Fund v. Board. of Higher Education, 264 P.3d 160 (Or. App. 2011). The college elected not to pursue additional challenges, aiming instead for an end run around the court’s ruling to ban campus carry.

Texas
The courtroom has also hosted the efforts of opponents to prevent campus carry; in one widely-publicized suit in Texas, three professors attempted to challenge the Texas campus carry law on First Amendment grounds, as well as Second and Fourteenth Amendment equal protections arguments. The suit was dismissed by a federal court judge for lack of standing and insufficient evidence of their claims. Glass v. Paxton, 1:16-CV-845-LY, 2016 WL 8904948 (W.D. Tex. Aug. 22, 2016).  The professors appealed, and a three-judge panel of the 5th Circuit Court of Appeals upheld the dismissal, ruling among other things that the alleged “chilled speech” outcome was neither impending nor certain. Glass v. Paxton, 900 F.3d 233 (5th Cir. 2018).

Virginia
In 2011, Virginia’s state Supreme Court upheld a prohibition on concealed carry at George Mason University. The plaintiff argued that visitors weren’t subject to the college’s gun ban, and sought the court’s declaratory and injunctive agreement. The Court agreed with GMU’s argument, which relied partly on language from the landmark Heller Supreme Court case to argue that the college was a sensitive place, and the restriction was narrowly-tailored to campus buildings, as public areas were still open to licensed concealed carry. DiGiacinto v. Rector and Visitors of George Mason University, 704 S.E.2d 365 (Va. 2011)

Wyoming
In 2018, a Wyoming man was cited was cited for openly carrying a firearm on the University of Wyoming’s campus during a Wyoming State Republican Party Convention. The man subsequently challenged the law as violating state preemption, which Wyoming enacted in 1995. In 2010, a state law sought to expand gun rights, but contained an applicability clause restricting the law to firearms manufactured in Wyoming. (The gun being carried by the plaintiff was manufactured in Massachusetts.)

The law was held by District Court judge Tori Kricken as unwittingly restricting gun rights to the very narrow numbers manufactured within the state, that if the legislature wished to fix their error they should do so, and held that universities were an “alter ego” of state entities, and therefore could not themselves be preempted. The ruling was appealed to the Wyoming Supreme Court. On September 4th, 2019, the court overturned the lower judge. Williams v. State ex rel. U. of Wyoming Bd. of Trustees, 448 P.3d 222 (Wyo. 2019)