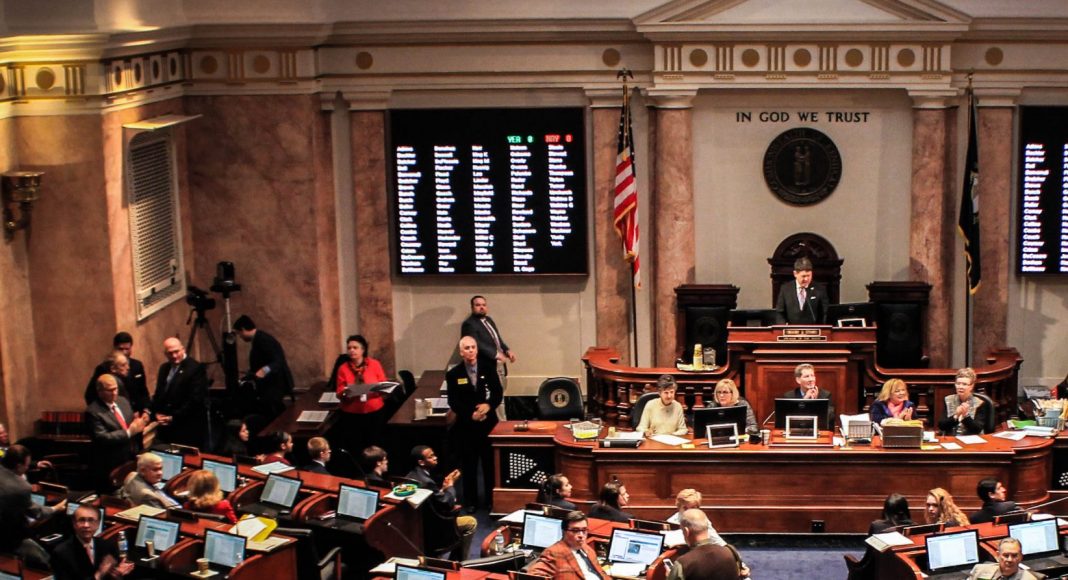 As legislative assemblies get underway for 2020, ten states have announced some form of legislation to repeal bans on defensive concealed carry for campus patrons.

Oklahoma, Florida, Iowa, Kentucky, Michigan, Missouri, Tennessee, Iowa, West Virginia, and Wyoming have introduced or pending legislation which would empower permitted citizens to carry a concealed firearm while on campus, if they have satisfied state requirements to obtain a concealed weapons license.

Oklahoma
Oklahoma’s SB 1567 was introduced by Sen. Nathan Dahm. “When we talk about our university campuses, one thing that we hear is that there are a lot of places where assaults happen, especially against women,” Dahm told Fox25. “Well, when a woman has a firearm that is a great equalizer.”

In contrast, House Majority Leader Jon Echols vowed never to give the bill a hearing. Speaking to OklahomaWatch.org, Echols said “I am A+ National Rifle Association rated and A++ Oklahoma Second Amendment Association rated. I carried (last year’s) constitutional carry bill. But as long as I’m floor leader, we will not have a guns-on-campus bill hit the floor of the Oklahoma House of Representatives.”

(Oklahoma residents can contact their representatives at this address)

Supporting the bill, Rep. Sabtatini tweeted, “The arbitrary restriction against CWP [concealed weapons permit] holders carrying on college campuses is likely the most irrational law in the Florida Statutes. I challenge anyone to find a specific and valid factual argument to support it — none exists.”

Florida Education Association President Fedrick Ingram told Florida A&M’s student paper, “Colleges and universities are safe havens for students. They shouldn’t have to worry about who the other student is with a gun.”

Michigan
In Michigan, House Bill 4771 is part of a five-bill package to loosen the legal hurdles imposed on Michigan residents about obtaining permits and where they can carry, including removing college campuses from pistol-free zones. The bills were passed out of the House Military, Veterans and Homeland Security Committee in October 2019.

Tennessee
Tennessee’s HB 2102 sponsored by Rep. Rush Bricken would remove prohibitions against campus carry for “registered students of public institutions of higher education.” The language of the bill suggests it would be limited to registered students only, though note that Tennessee decriminalized carry by faculty and staff four years ago.

Iowa
In Iowa, SB 459 would relax bans on persons keeping lawful, concealed firearms locked in their cars, including locations such as college campuses.

Kentucky
House Bill 529 was introduced on Feb. 28 repealing Kentucky statutes permitting colleges to make their own rules regarding campus carry.

West Virginia
SB 730, the Campus Self Defense Act would allow licensed permit-holders to carry on campus (subject to multiple zone restrictions such as daycare centers, K-12 schools, or where prohibited by state/federal law), and where colleges wish to restrict carry, they must have “adequate security measures” in place.

Missouri
Missouri SB 663 would permit campus carry for licensed individuals under Missouri law. At least one local police chief expressed his opposition because persons authorized to carry could drop their guns in a manner similar to the way he himself dropped a gun at a restaurant while removing his jacket.

(Supporters wishing to express support for the bill can locate their Missouri rep here.)

Wyoming
Wyoming saw the introduction of HB 180, the “Repeal Gun-Free Zones” Act which would have permitted campus carry. According to media reports, the bill was killed in committee. Its status is still listed as referred to committee online.

Illinois
Illinois has filed HB 4877 which would allow a very limited number of people (similar to school armed guards or faculty) to be armed on college campuses.

“It’s exciting to see so many legislators prioritize the rights of college students,” said David Burnett, a spokesman with Students for Concealed Carry. “In recent years, we’ve helped overturn useless and discriminatory bans on concealed carry in over a dozen states. The predictions that this would increase danger to campuses have proven to be complete nonsense.”

“Colleges, particularly the ones advertising themselves as ‘gun-free’, have proven a vulnerable and attractive target for psychopaths preying on defenseless victims,” Burnett added. “Banning self-defense is the problem, not the solution. We’re going to keep fighting for the rights of properly-credentialed students, faculty and staff to defend themselves on campus.”