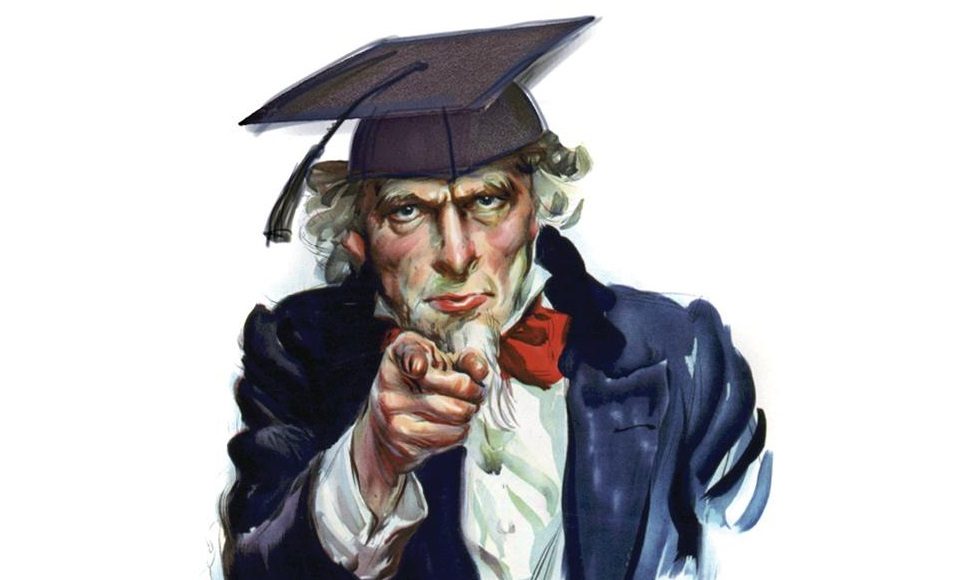 At first glimpse, policies allowing concealed carry of arms on campus are counterintuitive even to a casual gun owner. Cursory arguments raised against it take the form of emphasized, unrebutted arguments featured by slanted coverage of the media, and are generally as follows: students are irresponsible, reckless, and prone to mental illness and self-harm. Or, a student couldn’t keep a clear head to return fire against a planned spree killing. Or the ever-present “I wouldn’t feel safe on campus if more people had guns.”

Of course, there are rational, evidence-based rebuttals to all of these objections which satisfy objective and rigorous scrutiny. But being convinced that the cause is correct may not always convert the casual gun owner into a proponent for campus carry.

So even if campus carry is a rational policy decision, why should the average parent, professor, student or citizen support it? We submit the following five reasons.

Multiple studies, reports and testimony from campus officials, law enforcement, journalists and statisticians have shown that campus carry has not only been a non-issue regarding negative repercussions, but some evidence suggests crime actually decreases on campuses which permit students to be armed.

There are two prongs to campus carry’s success: deterrence, and practical self-defense. By announcing that some students may be armed (rather than mandatorily disarmed), criminals are more deterred from targeting victims which may pose a threat, and less willing to engage.

For less rational actors (the heedless spree-killer for instance), it introduces the possibility of self-defense where before none existed.

By definition, colleges are unique, and particularly vulnerable locations. These are not schools peopled with minors and juveniles for whom the school has custodial obligations, security systems for receiving and releasing students to their parents/guardians, and laws requiring attendance. These are open environments where independent students (and any other parties) are free to come and go. They have repeatedly shown themselves vulnerable to active shooter threats, with some twenty mass shootings carried out on college campuses since 2000.

While crime on campus overall has declined over the past two decades, and some research suggests campuses are safer overall than the cities in which they reside, history has shown they are not immune. Recent data demonstrates increases in crimes such as sexual assault or hate crimes.

It should be noted, these are only the crimes which were reported, they reflect numbers that, at press time, are four years old, and only address on-campus crimes, which exclude crimes committed at residences, off-campus fraternities and sororities, and the curtilage of campus proper. Additionally, databases such as SpotCrime.com or the Department of Justice sex offender registry, provide a more adequate picture of college environments. (For example, 50+ crimes committed on or near Harvard University campus in the first six weeks of 2020, and over 100 registered sex offenders living within a three-mile radius of Harvard’s campus.)

Colleges are not immune from crimes, and actually pose unique threats to students. Persons vetted, credentialed and trained via state-approved licensing procedures should be prepared to defend themselves and fellow students or teachers on-campus the same as they are off-campus.

Ages 18-22 are formative years for students. It’s a time of finding identity, independence, and forming autonomous beliefs about the world and themselves. In that process, they rely on the authority, experience and instruction of the college professors to whom they’ve entrusted their learning. Research shows these professors are overwhelmingly, almost unliterally allied with political parties whose official party and candidate positions support increased gun control, restriction and confiscation.

These colleges actively perpetuate a myth among students that they are safer when disarmed, and less safe when legal, concealed guns are present, instilling irrational fears and an insidious, embryonic prejudice of their armed neighbors.

Consequently, colleges are laying the coercive foundations of anti-gun thought. If responsible gun owners (of all political persuasions) hope to reverse the subtle conditioning of collegiate environments and reach the next generation of gun owners, hunters, shooting sports enthusiasts and self-defenders, it’s vital to counter the prevailing anti-defense thought on campus.

4) College Properties May Extend Beyond Campus

Many make the mistake of believing that campus gun bans affect only college patrons. But most college campuses are sprawling environments, comingled within their urban city environment. Many colleges own agricultural acres, research facilities, extension offices or satellite campuses whose gun bans extend to any unwitting citizen who is otherwise lawfully permitted to go armed. SCC has been made aware of several otherwise-innocent individuals who ran afoul of the law through ignorance of college boundaries, and campus “gun-free” zones.

5) Self-defense Is A Right

While SCC has always steered away from a rights-based framework, and towards a needs-based framework (and as such, have even supported laws which impose enhanced restrictions to carry on campus), it must still be acknowledged that self-defense is a natural and fundamental right codified by federal and state constitutions, state law, federal and state court cases, common law jurisprudence and a rich history of political theory as ancient as Aristotle.

State lawmakers have established authorities through their police powers to regulate these rights. Private institutions have discretion to set their own rules (some of whom have invited campus carry), but as the recipients of state funds, federal grants and subsidized loans, public colleges don’t. The regulation of fundamental rights cannot be delegated to or usurped by the whims of unelected, unaccountable and highly partisan college bureaucrats with known, partisan biases against those individual rights, especially when they won’t be the ones locked in the classroom when the psychos open fire.

Postscript: So what can I do?

If we’ve successfully convinced you that the fight for campus carry is vital, there are any number of ways you can help. Cash donations are a great start. Reaching out to local students on your campus and connecting them with Students for Concealed Carry. Contact your representative or local firearms advocacy groups to promote the cause. Write an opinion piece for the local student or city newspaper. If you still have questions, contact the organizers and find out how we can use your talents.